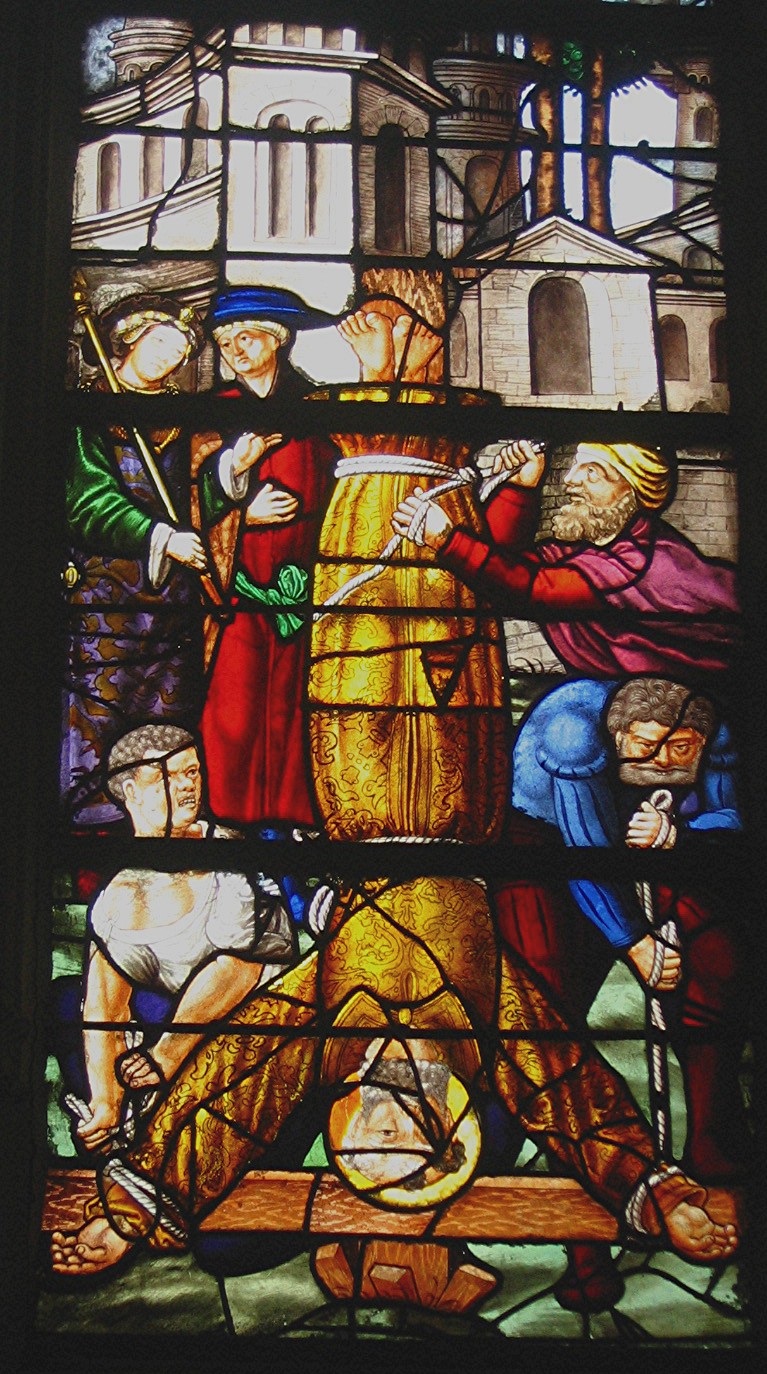 Let’s look at the picture below of The Hanged Man. The picture is from the Rider Waite Tarot deck which was first published in 1909. It is a great deck for beginners because every card has a picture describing its meaning. Today the majority of Tarot decks are based on the Rider Waite deck. It is also a ‘deep’ deck because the creators of it put multi layered meanings inside it. 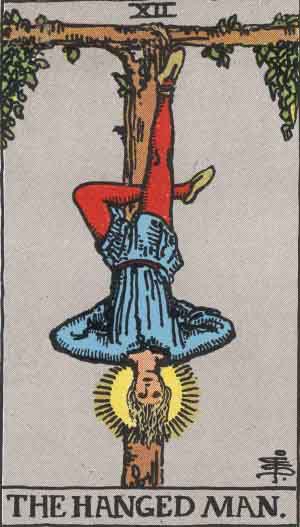 We see a man hanging from one leg from a tree. His legs are in the inverted position of the number 4. His hands are behind his back. There is a halo of yellow light around his head. He seems calm and serene, strange for someone handing upside down from a tree!

A man is hanging from a tree. We wonder why? His voluntary (we think) position there gives us hints at a deeper meaning which is given below.

The facial expression is calm and contented, in fact perhaps a little bit ecstatic. This is not a man suffering or in pain.

The body posture is strange. The man is upside down and tied by one leg. The other leg is bent at the knee. His hands are behind his back but we do not know if they are bound or not. The body posture is relaxed -- not what we would expect from hanging upside down! The pose looks like the yoga posture, ‘Vriksha asana’ the tree.

The tree looks man made in the shape of a cross and yet it is alive with leaves coming out of it. It shows a tree that has life force. The tree looks like the bottom half of the Ankh which in Egyptian belief was the symbol of life.

The color red reminds us of the Emperor (number 4 in the tarot cards and also represented by the legs which are in the shape of an inverted 4). 4 is the color of stability and strength. The red color stands for passion and the element of fire.

The blue tunic represents the High Priestess and also the color of healing. It represents the element of water. Water and Fire are opposites, just as this man is opposite (upside down). The contradiction can heal just as much as be different.

Many holy men and women are shown in paintings with a halo around their head, indicating spiritual enlightenment and connection to God. It seems this man, by hanging upside down is getting closer to God. His yellow shoes also indicate that he is ‘grounded’ in reality. He knows what is really going on, because he has taken the time to investigate.

The Hanged Man is ruled by all the Gods and Goddesses that rule initiation, go through a process of sacrifice and thus seek answers. 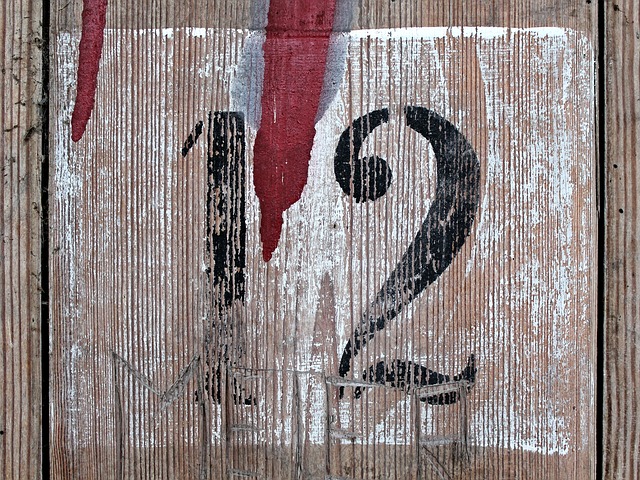 The number of Justice is 12.

12 is 1 + 2. 1 represents the Magician -- who has Will and 2 represents the High Priestess who has deep wisdom. Together they teach The Hanged Man how to deal with unknown situations.

12 also adds up to 3 which is the number for the Empress. Healing and fertility comes to those who wait and learn not to control.

The astrological planet that rules The Hanged Man is Neptune.

The Hanged Man is represented by the letter Mem which represents water.

Water reflects what is around it.

So too must the Hanged Man reflect on his situation.

In Kabbalah the number 12 is considered holy as it represents the 12 tribes of Israel.

The name of  this card is ‘Stable Intelligence’.

There is a stability in our intelligence when we realize we do not have control over anything, except our own mind. The only real connection we have is to ourselves and the Creator. 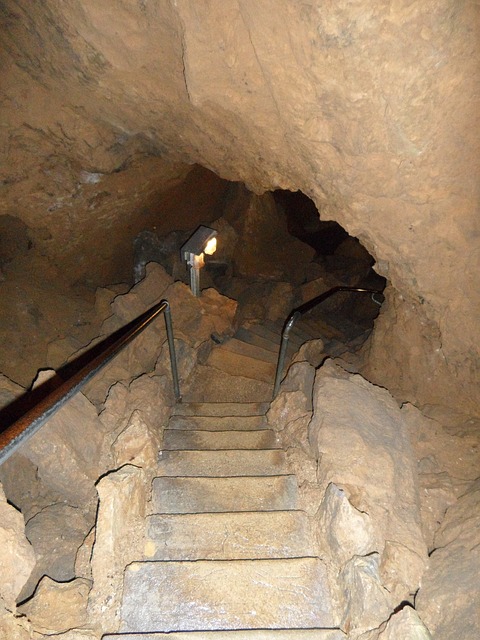 MESSAGE FROM THE HANGED MAN

The Hanged Man wants you to understand that sometimes the answers will come with time. The energy of The Hanged man is the opposite of The Chariot which is all about knowing and controlling. Here, The Hanged Man is telling you to ‘Let Go’.

Do I need to surrender to something?

How can I let go?

What am I bound to?

How is my perspective changing about events around me?

Do I feel I am being initiated into a new phase in my life?

Have I the ability to not act and just be?

How am I being purified?

Allow yourself to focus on the calmness of The Hanged Man. He trusts that all the solutions and answers will come in time. He just needs to wait and perhaps sacrifice a little in order to get there.

How would The Hanged Man be inhibited?

Am I feeling drained?

Am I feeling like a victim in my life?

Am I in Co- Dependent relationships?

What am I sacrificing which I should not?

Why do I get involved in things that are none of my business?

Why am I feeling stuck? What or who can I not change?

What current perspective do I need to change?

Am I creating my own misery?

If you get The Hanged Man reversed you are being warned that you are stuck in a situation that is not serving you. You need to get out of it. 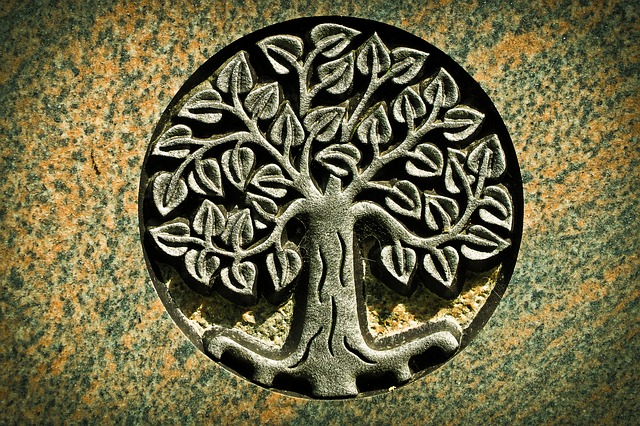 The Hanged Man hangs on the World Tree looking for answers within.

He waits patiently and does not act.

He trusts that events and wisdom will come when ready.

Throughout time there has been stories of Gods and Goddesses, Holy men and women that went through a process of sacrifice in order to gain new insights, wisdom and knowledge. They sacrificed themselves to recover something hidden or lost. Frazer talks about this concept in his book, ‘The Golden Bough’ where he talks about the god of death and resurrection.

The most famous is probably ODIN, the Viking God who hung on the World Tree, (Yggdrasil), upside down for 9 days and nights.

In the poem ‘Havarnal’ Odin claims…

‘I know that I hung on the windy tree

Wounded with the spear, dedicated to Odin

Another legend is that of Inanna, Sumerian Goddess of what is now Iraq where her major temple at Uruk was situated.

Inanna descends into the underworld (various reasons are given).

During her descent she passes through seven gates and at each one leaves more of her clothing and jewelry behind.

By the time she comes to the underworld and meets her sister Ereshkigal (goddess of death and the underworld) she is punished for entering because it is only for those who die.

She is turned into a corpse and hung on a hook upside down for three days and nights.

Eventually some of the Gods come to her rescue and she escapes, now with wisdom of the underworld. Ereshkigal is outraged and asks for someone to take her place. Inanna allows her husband Dumuzi to be taken as he did not mourn her while she was dead. This legend again echos the idea of the harvest god giving their blood to the land each year to regenerate it.

The Hanged Man invites you stop, pause and search for answers.

It is NOT  the time to ACT right now, it is the time to BE and OBSERVE. Ego makes us believe that being in control is easy, but it is an illusion.

We need times to not do, to not control in order to KNOW.

Carl Jung reminds us that ‘ who looks outside dreams, who looks inside wakes’. The Hanged Man is similar to The Hermit in the need for retreat.

The Hanged Man however needs to sacrifice something to reach his goal.

As Yoda says in the Star Wars saga, ‘You must unlearn what you have learned’.

Watch the short 4 minute video below where Luke is training by being upside down to increase the ‘Force’.

Hanged Man Tarot Card: By Pamela Coleman Smith -- a 1909 card scanned by Holly Voley (http://home.comcast.net/~vilex/) for the public domain, and retrieved from http://www.sacred-texts.com/tarot (see note on that page regarding source of images)., PD-US, https://en.wikipedia.org/w/index.php?curid=17299698