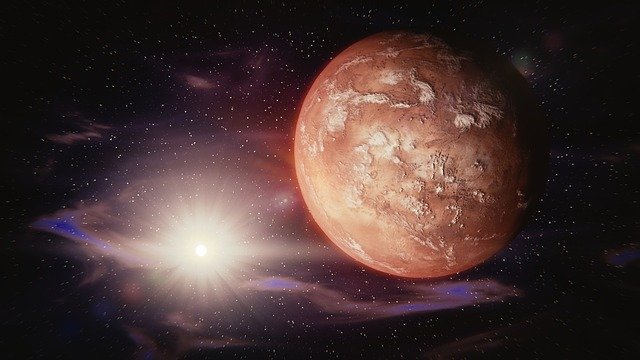 Hi, my name is Nicole House, Coach and Astrologer, and Sinead has invited me to take a journey with you through astrology and how it connects to our life and also Tarot. Over the coming months I will share with you what is happening in the astrological world and how it relates to you in everyday life. I will also show the connection between Tarot and Astrology.

Astrology and Tarot align in so many ways.

One of my favorite connections that Astrology and Tarot have is that they both use is the phrase “As above, so below”.

Wikipedia says it is a motto associated with sacred geometry, Hermeticism, and the Tarot.  The tradition or philosophy of Hermeticism influenced Western esoteric tradition, and it rose from its connection to the development of science in 1300-1400 AD.  In the tradition some of the most important used practices come from the arts and sciences, like alchemy and astrology. The phrase can be taken to indicate that earthly matters reflect the planetary activity in the Heavens.  Recognized by scientist Isaac Newton and Psychiatrist Carl Jung who also recognized the cycles and patterns in the universe.

Jung coined the word “synchronicity” and saw that there was a cause and effect – also seen with the microcosm and the macrocosm, or “As within, So without”.  In other words, what is going on in our internal world might be reflecting what is going on in the outer, or external world.  For example, the tides are affected by the Moon, and as women, we definitely have a strong connection to the Moon cycles.

Today I am going to share with you a very intense planet that is affecting all of us in some way now, and for the rest of this already intense year.

This planet is called MARS!

Currently the energy is strong and has been growing more and more intense, day by day.  It might feel like a force of frustrating energy that has been set into action for some time.

We have found the courage and taken a stand

We might grab a chance to get out for an impulsive trip, or feel the need to take action, but it is so difficult to plan or put any plans into action! 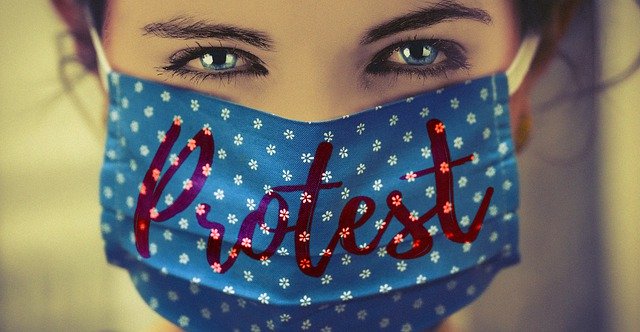 It is a frustrating energy and we must find creative ways of expressing this energy, before it comes out hurtful. You might feel stuck in unhealthy anger, which creates a whole other wave of emotions, or it could get stuck in your body and be showing up physically.

We must all tap into the strength within us and look forward to what is on the horizon.  We all know and feel this energy in some way, currently in our lives.

We are living in intense times.

In astrology we look to the planets now and see that they are in hard aspect / having conflict in relationship to one another / and bad miscommunication.

I chose to write about Mars because he is one of the main characters since he entered Aries, at the end of June. This powerful planet is usually in one particular sign, for only 2 months.  This time, he is here for 6 months; he will go retrograde (backwards motion) from September 9th until November 13th.  Then wrap up 2020, pack up, and leave Aries on January 7th, and move forward, into the sign of Taurus.

We will shift out of this energy around the end of January, beginning of February.

Now I will explain Mars as it relates to the Tarot.

Mars is linked to the Tower card in the Major Arcana.   Mars is the planet known as the “God of War”, so you might be seeing and experiencing conflicting energies around communication. Mars is ruled by the element of Fire.  Mars initiates, motivates, drives, pushes and dominates.  It is a  competitive energy – ambitious, emerging, and focused.  It is a direct energy and needs to move, push forward, lead, and avoid stagnation.

I suggest you commit to an exercise practice, something that keeps the energy moving.  Where you might have felt stuck, this energy helps you to decide, to take action.  It is asking you to stop dragging your feet, move on, ‘March’.  Mars is the warrior.  It is the activist.  Speaking up and out, standing up, defending those who can’t speak for themselves in the moment. It is also known for destruction, storms, disaster, chaos and/or ruin.  Although the Tower card has some rather intense, abrupt and hard energy, it also has a positive sign.  Your warrior attitude will work in your favor if you can pause and respond from your ‘Truest Self’.

You will probably need to tap into your inner warrior to be sure you’re not allowing something else to run over you.  Stand firm, wear your armor, protect, defend and be on alert. The breakdowns like the ones foretold by The Tower are often life changing. Bankruptcy, divorce, infidelity in love, death, and serious illnesses are frequent ‘Tower’ events. Once all is lost in this way, you will need to work hard to rebuild your life.  It can mean that once the storm passes, you can rebuild your life into something stronger and even better.

So with all this Mars energy around you, it is healthy to find ways to express yourself and keep your body’s energy moving.  Get that project started!  Make that move you have been wanting to make.  At the same time, pause and don’t let the fire take over – take a deep breath and connect with your Self.  This helps you respond instead of reacting.

We have another aspect to reading Astrological energy that needs to be considered, and that other flavor currently is Aries and the card it rules – the Emperor Card. 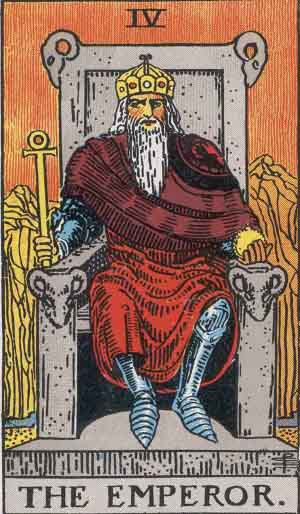 As I mentioned before Mars rules the Tower Card. Mars also rules the astrological sign of Aries, which brings in The Emperor card because it is ruled by Aries. All Major Arcana cards are ruled by astrological elements.

In Astrology we add this Aries/Emperor flavor into the mix, and blend it with Mars/The Tower Card.

One way to look at the planets and signs in Astrology is to take the Planet and make him the actor – in this case, Mars.  He would be a warrior, strong and independent and direct and a really great leader. He would need to be strong, a bit arrogant, chivalrous, bold and courageous.  You put the actor, Mars, in the sign of Aries and there might be wake up calls, seeing the truth, gaining strength and clarity. Mars is at home in the sign of Aries, really powerful in its home sign. It’s comfortable, it knows what to do – it leads the way with bravery, clarity, and moves rather quickly.  The planet and the sign carry the same energy.

I set the scene where …. We have a ton of energy working hard, dismantling, and deconstructing old systems, clearing a path to create something new, all over the planet.  Aries – a pioneer and warrior emerges – The Emperor in Tarot – which represents victory, stability, conquest, power, government, law enforcement agencies, take-charge energy.  On the negative side it can show up as arrogance, excessive pride, and can be ill-tempered when unhealthy.   On the positive side, this energy can make you feel empowered to take a leadership role in your career, or projects you are working on.

Maybe you are releasing old belief systems that don’t align with you or your family as you move forward. The energy right now is difficult, tight and forced, like you want to get out, conquer, break through and break free.  Beliefs you have may not even belong to you or they can become outdated as time goes by.  A great way to use this energy is to jump start your new project, new exercise plan or health plan. It is also good to double down to protect yourself from its intensity with meditation, prayer, wellness and self-care practices. Trust more and surrender to what could lead you toward everything vibrant and uplifting. We can hope that any damage done can be limited and lead to creation of something better.  We always have free will to choose what to move toward so in this case, run quickly and swiftly to the higher vibrational options.

The Emperor card and Aries deal with harsh reality, getting to the truth, and defending yourself.  And we will also see it play out in many ways in the world. We will probably see this energy expressed with some hot-tempers, anger and obsession. You will see and feel around you an energy that is overpowering, overcontrolling and dominating. You may see or even feel yourself jealousy, aggression, ruthlessness, and lust all the lower representations of Mars /Aries energy).

If you can keep desire and anger in the higher vibrational range, and not allow it to lead to shame or guilt, it can motivate us to speak, act and move into action.  On a higher note, we might have the enthusiasm to gain power and control, create opportunities for change and feel like we have the ability to take action.

This is take-charge energy, a push of forward movement toward our goals that we set this year.

That about sets the scene for where we are right now and what we are going through.

So this current MARS energy calls for: 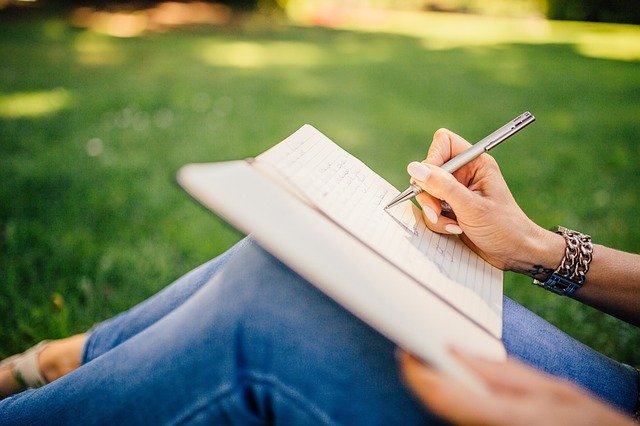 Questions for Thought and/or Journaling

How are you feeling this energy?

Are you finding healthy ways in which to express it? Exercise!

Where are you putting your energy right now?

How is it showing up in your life, business, relationships?

Remember that any dream needs love and passion to grow. Lead from a pure heart, serving others, standing up for those who can’t fight or defend themselves.  Protecting our own and other’s health.  When we are in the heart in this energy, we move forth with compassion.

It is time to use strategic and creative thinking, staying ahead, being responsible for what is yours, preparing for what you can, staying organized, balancing your daily concerns.

Mars has a very strong will.

He is a pioneer, with impatient and impulsive energy.

You have to turn toward your Inner Warrior and trust that the Universe has your back.

…is a Mom of 4, an Astrologer, Teacher, Women’s Holistic Wellness Coach.  She is also a practitioner of the Internal Family Systems Model of Healing Trauma, Addictions and Eating Disorders.  She works 1-1, facilitates groups, retreats and yoga workshops. She helps women all over the world reconnect with their Self, maintain alignment with their own true nature, and begin to create the life the love living!!

You can find our more about Nicole at www.Nicole-House.com, and stay connected on Facebook @Nicole.House.Connections and @StarConnectionsAstrology  The Astrology House

« The Four Elements and your Astrological Natal Chart
Venus, Libra, The Empress and Justice »