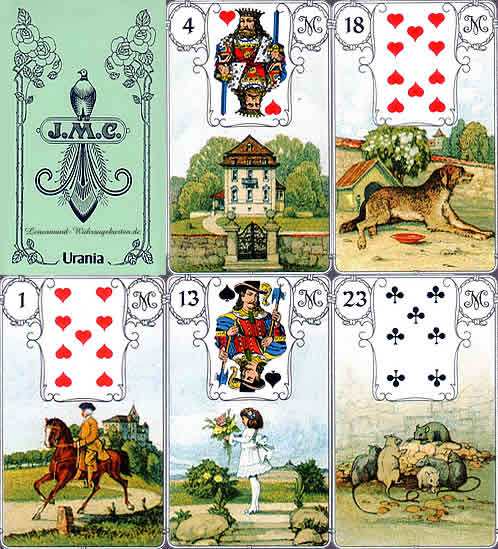 Tarot is a well-known set of divination cards dating back centuries. With 78 cards in a traditional Tarot deck, combined with a bucket load of different meanings for each card, there are endless ways to gain insight from Tarot cards.

The skill of a reader lies in their ability to know at least some of these meanings but more importantly tap into and use their intuition to communicate the right meaning, for the right card, and for the right person. Using Tarot for guidance is an excellent way to highlight past and present energy influences. Insight has an awesome way of opening the door to better understanding and acceptance. From a place of understanding, you are better able to make decisions for growth and life course corrections.

So what are Lenormand Cards?

Lenormand Cards, less well known, are a group of cards founded in the early 1800’s in France, although there is argument between the French and German’s on who discovered them first!

Named after the famous Sybil of the time, Mademoiselle Marie Anne Lenormand, these cards bring practical, down to earth advice to readings. Mademoiselle Lenormand lived in France during the Napoleonic Era (b1772 – d1843). She was a famous (although closeted as it was totally illegal) Psychic who read for Empress Josephine on many occasions. She predicted Josephine’s marriage to and later separation from Napoleon Bonaparte. Known as a bit of a minx, she loved meddling in the social side of politics and found herself in jail on many occasions for having “told” someone their fortune. In fact, Bonaparte himself jailed her to keep her mouth shut when he was planning military moves that he didn’t want made public knowledge. 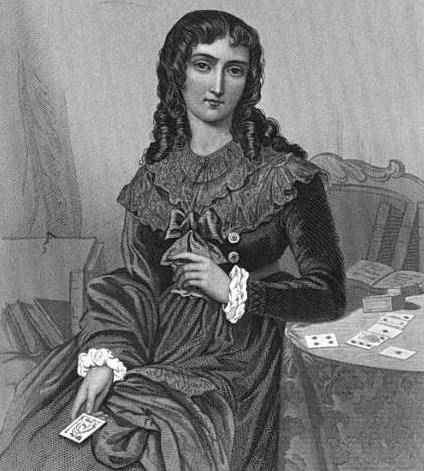 The thing I like the most about Mademoiselle Lenormand is although she proved herself to be a gifted intuitive, she remained true to her calling. She didn’t let the ‘establishment’ keep her down, and as a  business women, although not a good one, opened and closed many “psychic establishments”. She made bucket loads of money (and lost it), sometimes through no fault of her own, but often because she was practicing one of the “illegal arts”. Advertising herself as a “Librarian”, Lenormand honed her skills. She was well versed in all sorts of Spiritual tools, including palmistry cartomancy, phrenology (head readings). astrology, and “necromancy” (which today would be called “mediumship” or “channelling”).

Surprisingly enough, Lady Lenormand ever used “Lenormand Cards”. She used normal playing cards to provide her readings and it wasn’t until after her death that some smart Salesman decided to name a little pack 36 little cards after her, thus making a small fortune himself. The Lenormand cards we know today are actually based on a parlour game of the time called “The Game of Hope”, which is a little like our modern day ‘Snakes and Ladders’ game.

I love Lenormand cards. When I was first introduced to them it was like I was finding an old friend. I was receiving a reading from my Tarot teacher and she pulled out these little cards with bright coloured pictures and it took all my will power to stop myself from ripping them out of her hands. I “remembered” these cards somehow (past life ya think?) and thus, began my Lenormand journey.

There are so many different varieties of Lenormand cards, ranging from ‘Mystical Lenormand Cards’ by Regula Elizabeth Fiechter, to more old school designs such as ‘The Primal Lenormand: The Game of Hope’ by fishpond games. Just search “Lenormand cards” on google and click on images to see the vast array of cards available. 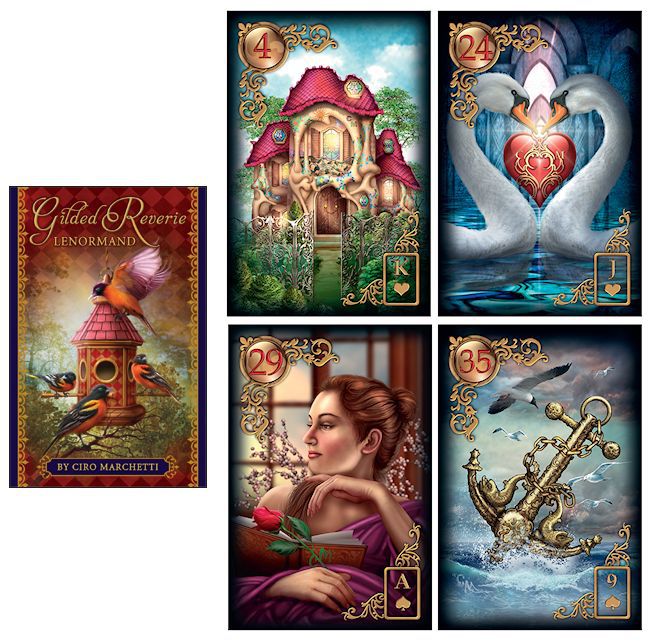 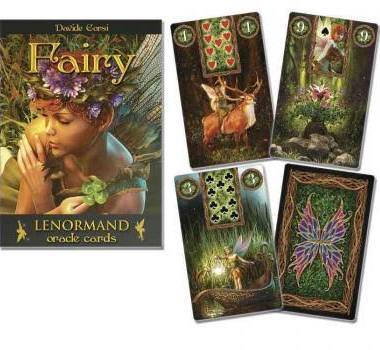 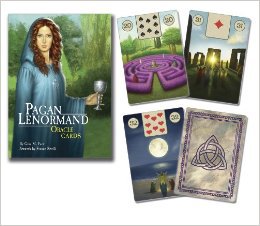 My personal preference is the Blue Owl cards because reading Lenormand cards should be simple and clear and the Blue Owl cards have the least amount of embellishment on them. The ring card is just that, a ring – a commitment. Unlike Tarot which is rich with symbolism, Lenormand can get confusing when you try to “interpret” the card using background images, colours or symbols. 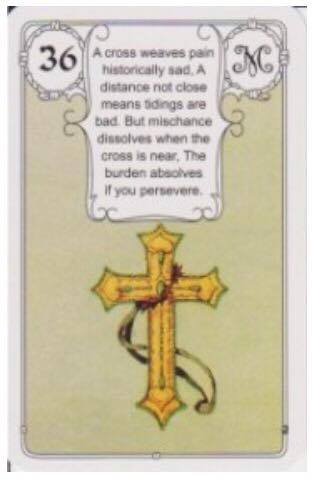 Some decks come with little sayings, such as on the cross card (36) – “A cross weaves pain historically sad. A distance not close means tidings are bad. But mischance dissolves when the cross is near. The burden absolves if you persevere”. I find the playing card insert much more useful as the court cards depicted indicate people with certain characteristics, which adds another layer to your reading.

Some of the benefits of Lenormand cards are there are only 36 cards to learn, there are no reverse meanings, the card decks are usually very small so they fit into your hand nicely and are easy to shuffle. They are easy to learn so you can get reading instantly, just by learning a one word association for each card. Readings can be a simple 2 or 3 card spread, yes/no answers (based on playing card insert) or involve the “grand Tableau”, which reveals all you need to know about your sitter (client) with surprising accuracy.

And they come cheap!!!! A blue Owl pack can be found on bookdepository.com for as little as $10AUD.

Lenormand cards can be used with any Tarot spread, such as the Celtic cross or a 12 month spread, to bring specific focus to the reading. Individually, both Tarot and Lenormand are powerful tools for connecting and delivering messages but when used together, the bigger picture provided by Tarot gets drilled down into very specific, down-to-earth and practical guidance available via Lenormand cards.

If you want to “Learn Lenormand in your Lunch break”, watch the video below.

I am a mum to 2 beautiful boys, believe we are all creators of our own destiny and if you can connect to your Soul, you will have unlimited love, compassion and guidance at your disposal. I am a Psychic Medium and can clearly see, hear, feel and sense Spirit. As an Empath, I connect to your energy directly as well as using a variety of tools including Tarot cards, Lenormand Cards and Pendulums. I also practice as a Reiki Healer, Past Life Regression Facilitator, and my favorite modality, reading the Akashic Records and providing Soul Realignment services. I love to learn, write and teach, sharing my experiences with others for Soul growth and healing. Love as always

You can find out more about Emma and her services at

All photos are from the blog of Emma Skeggs unless otherwise stated.

« Nine signs of a fake Tarot Reader
Book Review – The Watkins Tarot Handbook: The Practical System of Self Discovery by Naomi Ozaniec »